Diligent and progressive Sanna Marin has sworn as the world's youngest Prime Minister at 34. 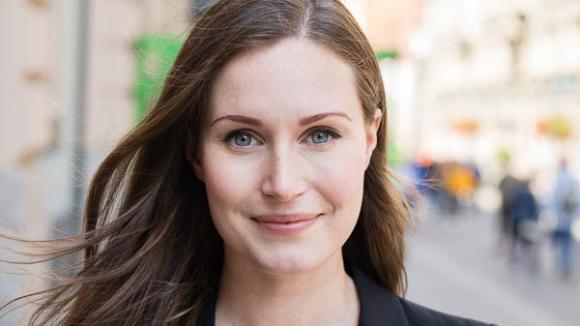 Sanna was serving as the minister of Transport and communication of Finland before she was elected by her party, The Social Democrat's as the Prime Minister of Finland. Before her New Zealand Prime Minister Jacenda Ardern hold the title being head of the state at 39.

What caught the worlds attention was when people came to know that she came from a rainbow family and was raised by two mothers. She strongly supports LGBT community and for her "people have always been equal". Her working class and family background played a vital role in shaping her values.

Sanna has strong goals and vision which she wants to fulfill as Finland's Prime Minister. She wants to go plastic free and carbon neutral by 2035. She wants to address issues like infrastructure, public welfare and equality.