IRAN vs USA! Would it lead to world war 3?

“Come. We are ready. If you begin the war, we will end the war” Late Qasim Sulemani.


Maj. General Qasim Sulemani was killed in a US drone strike near airport in Baghdad on Friday. He was the mastermind behind almost every Iranian intelligence and militant operation since last two decades.

Ayatollah Ali Khamenei, Iran’s supreme leader has promised a powerful retaliation and entire Iran will be practicing mourning for three days for the departed general. Sulemani was close to Khamenei and was most often described as second prime minister of Iran

In a recent statement the leader threatened US “...forceful revenge awaits the criminals who have his blood and the blood of the other martyrs last night on their hands”

Meanwhile Americans are claiming that his death, which was authorized by president Trump, has welcomed celebrations both in Iraq and America. Sulemani was a man who led proxy war and is responsible for thousands of Americans death,tweeted president trump after the strike.

After Sulemani’s death strategic and political significance of Middle East is at great risk. Anything can be expected and as worse as it seems the current situation has sparked the world war 3 interest. America has started evacuating troops from Iraq and oil prices are increasing. Situation may get even more intense than 9/11 aftermaths. 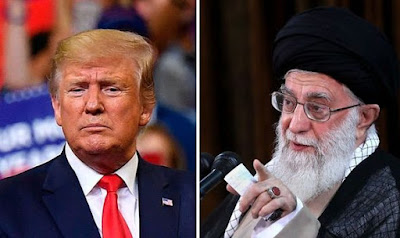 Iran is calling it the “act of international terrorism”. Even if a person has a history of past “terrorist” crimes no where its legal to take a life by drone, staking other people life and justify it. Hope that there’s no further escalation and peace of the region remain intact in coming months.