Daily Consumption of 85% Dark Chocolate May Improve Your Mood 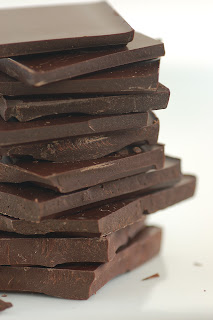 New research by scientists from Seoul National University, Korea Food Research Institute and Chungnam National University suggests that dark chocolate has prebiotic effects by restructuring the diversity and composition of the gut microbiome, which may in turn improve mood via the gut-brain axis.

“Mood disorders are a leading cause of disability worldwide,” said Dr. Ji-Hee Shin, a researcher in the Department of Food and Nutrition at Seoul National University and the Research Group of Healthcare at Korea Food Research Institute, and colleagues.

“Disturbances in a person’s mood interrupts their personal well-being and the ability to participate in social interactions, leading to physical health problems such as chronic diseases.”

“The symptoms of mood disorders include ongoing feelings of sadness, helplessness, hopelessness, and irritability. These disorders are mainly treated with drugs that manipulate the monoaminergic neurotransmitter system in the brain.”

“The role of diet as a mood regulator has received a great deal of interest,” the researchers added.

“Certain dietary components have been shown to reduce anxiety and depression and improve quality of life. In particular, cocoa products such as dark chocolate contain a number of nutritional compounds that have the potential to affect mood.”

“We performed a randomized clinical trial using dark chocolate with different cocoa contents (85% and 70% cocoa content) and identified changes in the diversity and composition of the gut microbiota following dark chocolate consumption, as well as the association between those changes and participants’ emotional states, in healthy adults.”

The study was conducted at Seoul National University in Seoul, Republic of Korea, from July to December 2017, and involved a total of 48 healthy men and women between 20 and 30 years of age. The volunteers consumed either 30 g/d of 85% cocoa chocolate, 70% cocoa chocolate, or no chocolate, for three weeks.

A dietary survey was conducted using the 3-day food record method, a standardized tool for dietary assessment, which included 3 random days. The participants were asked to record the types, amounts, ingredients and cooking methods of the food that they consumed for the previous 3 days and the location of each meal. Mood states were measured using the Positive and Negative Affect Schedule (PANAS).

Gut microbial diversity was significantly higher in the 85% chocolate group than the control group.