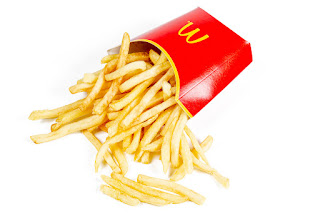 McDonald's Japan is temporarily limiting the sale of french fries due to delays in shipments of potatoes to the country, the company said in a press release Tuesday.

From December 24 to December 30 only the small size servings of french fries will be available to customers nationwide in Japan. Medium and large size McFries will not be sold during this period, the company press release said.

According to McDonald's Japan CEO Tamotsu Hiiro, the company imports potatoes on a large scale from North America through a port near Vancouver in Canada. Import delays had occurred due to "flood damage" and coronavirus-related disruption to the global distribution network, he said.

It said that despite the supply disruption, it is proactively seeking "alternative measures such as arranging airmail," to continue to serve the "McDonald's Potato" in the small size from December 24 to December 30.

Customers reacted to the news on social media, with one user tweeting, "A truly disastrous end to 2021."