Omicron, Everything we know so far 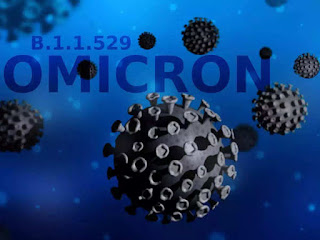 The latest “variant of concern” for the Coronavirus (or SARS-CoV-2), known as Omicron (or B.1.1.529), was first identified by scientists in South Africa on November 24. It is believed to be more communicable than the previous Delta variant. Omicron has so far spread to 106 countries, the WHO has said.

Some scientists are also concerned that the variant’s high number of mutations in its spike protein may help it evade vaccinations. When Delta became the predominant variant, cold-like upper respiratory symptoms became more common, while the loss of taste and smell became less common than in other variants. With Omicron, some experts have said the symptoms appear to be milder than Delta, while others say it is too soon to confirm. The consensus however is that caution needs to be exercised due to the increase in transmission rates.

Dr. Angelique Coetzee, the South African doctor who first informed the world about the presence of this variant, has said muscle aches, fatigue, a scratchy throat, and night sweats are common Omicron symptoms.

Early data released on 16 December by the COVID Symptoms Study, run by the health science company Zoe and King’s College London, said cold-like symptoms were the most commonly reported by people with the new Omicron variant.

The data showed that the top five symptoms reported in an app for Omicron infection were a runny nose, headache, fatigue (either mild or severe), sneezing, and a sore throat.

The World Health Organization’s top official in Europe, Hans Kluge said 89 percent of those with confirmed Omicron infections in Europe reported symptoms common with other coronavirus variants, including cough, sore throat, or fever.

Are Omicron symptoms milder, Are they more transmissible?

Coetzee has described the symptoms of Omicron as “very, very mild” compared with those of the Delta variant. She also said that, unlike in other variants, patients have not reported a loss of smell or taste and there has been no major drop in oxygen levels with the new variant.

A South African study, which has yet to be peer-reviewed, has suggested there are reduced risks of hospitalization and severe disease in people infected with the Omicron coronavirus variant versus the Delta one, though the authors say some of that is likely due to high population immunity.

But researchers at Imperial College London (ICL) have said, “We find no evidence (for both risks of hospitalization attendance and symptom status) of Omicron having different severity from Delta,” although it added that data on hospitalizations remains very limited. Their study is also not yet peer-reviewed.

Experts have also been concerned that the speed at which Omicron appears to spread will offset any reduction in severity.

How long is Omicron’s incubation period?

The time it takes for an infected person to develop symptoms may be shorter for Omicron than for previous variants, from a full week down to as little as three days or fewer.