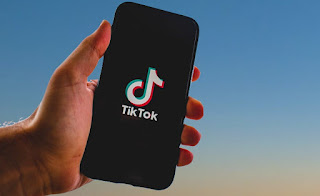 For most of the last decade and a half, Google has been the most visited web domain in the world, and it's not even close. The last time another site posed a real challenge for the top spot was Yahoo, and that was a decade ago.

When you consider the number of people who use Google's services every day for everything from school assignments, collaborating on documents, finding directions, sharing photos, and well, searching for just about everything, it's not all that surprising. Google is the most popular search engine in the world, and it's where the vast majority of people start when they want to find something online.

This year, that has been changing. According to a report released on Monday by Cloudflare, one of the major internet content delivery networks, TikTok.com overtook Google as the most visited domain in the world in 2021.

On the one hand, considering how relatively new TikTok is in our collective consciousness, that's surprising. On the other hand, when you remember TikTok is the fastest-growing social network ever, it shouldn't be. It was even the most-downloaded app in 2020 and now has more than 1 billion users.

TikTok's rise to the top clearly says something about how technology is changing, but more importantly, it says something about the change in the way we find and consume information about the world around us. For more than a decade, the way we use the internet has mainly been dominated by Google, Facebook, YouTube (which is owned by Google), and Amazon. If you happened to find yourself somewhere else online, there's a good chance you started at one of those sites.