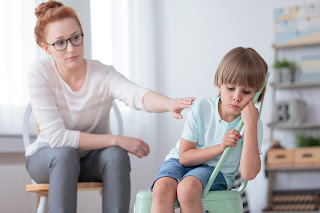 While it might seem easy to get along with children, it’s not always as simple as it sounds. Sure, you might be on the same page but kids are very different from adults for a reason.

Being a mother or a father is not an easy task. Some days you’re going to feel like you’re doing a great job while others you’re going to feel like you’re messing up every step of the way. Below I am going to go over some of the mistakes a lot of parents make when it comes to talking with their kids. These are things we need to be aware of so that we can better ourselves and the relationships we have with our children.

When Talking To Kids Here Are Some Of The Worst Mistakes You Can Make:

1. We try to use guilt to get them to do what we want.

As a parent, it’s really easy to guilt and shame your kids into giving into you but you shouldn’t be doing that. You don’t like when people do that to you, do you? It takes a toll on you even now, imagine what kind of a toll it takes on your kids.

2. We don’t actually listen to what they’re saying in return.

When our kids are engaging with us, we should listen to them just as they are listening to us. Sure, there are limits to this but hearing them out is crucial for their own development. This helps them learn how to stand up for themselves as well as speak out in general.

3. We nag them over and over again.

I know, it might not be something you want to do but as a parent, nagging becomes part of your routine, doesn’t it? If something isn’t happening that you already told your kid to do you need to make some changes. You should not be repeating yourself over and over again. Ask yourself internally whether you’re being too demanding or if your kid isn’t listening to you, once you have an answer move forth from there.

We might not realise it but kids can’t process things the way we adults can. They can only take in so much at one time. Inch them into things that might seem overwhelming. This will make a huge difference in how things play out.

5. We forget to appreciate their efforts.

While it might not always seem like it the efforts your kids put forth are important. Don’t dismiss them because they didn’t get an A even though they tried their best. Show them you’re proud of that B plus since it was the best they could do and help them improve.

6. We dismiss their emotions because we are more able to regulate our own.

Just because we think what our kids are feeling is silly because we can regulate better than they can does not mean their emotions are not valid. The things your kids feel are valid and you should be helping them through them not forcing them to ignore how they’re feeling as a whole. This in itself can be a recipe for disaster if you keep doing it for too long.